There are six boxes in a box set and each box includes one figure, one collecting card and a QR code for points exchanging. Five of the figures are regular edition characters and the sixth figure will definitely be the limited edition one.

Buy Together and Save More (At most {{ addItemQuantity }} item(s)) 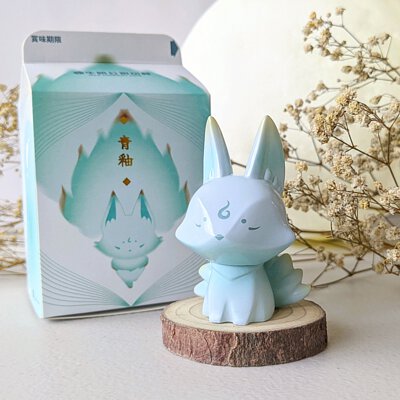 Sale NT$550
The maximum quantity per submit is 99999
This quantity is invalid, please enter a valid quantity.
Sold Out

Not enough stock.
Your item was not added to your cart.

Attracted by the mysterious power in west, the MILK Universe finally presents another new chapter about the world of monsters.

Follow the MILK Co Toy and reveal the “true colours” of these magical and noble(or…dorky!?)creatures behind legendary mythologies and strange fairytales. In this fascinating journey of exploration, you may find out that…they are NOT what you thought they were！

With the body of lion and wings of bats, she is the avatar of disasters！
Um...well…yeah…maybe the disasters such as destroying water glasses on the table or scratching chair pads to the death are the best she can do.

As the presentation of honor, you can usually see him standing proudly in many noble symbols.
However, such a dignified dude can do nothing but only growling like a starving fledgling.

Look at the sacred buckhorns and that harmless babyface, you’ll never know this naïve boy is somehow a Whisky fanatic！
But with the gigantic horns and tiny short hands, this alcoholic can only suck his favorite liqueurs with straws.

Behold those humongous wings and razor-sharp spikes, Dragon is the most famous and dangerous being among all the monsters. If someone wants to steal his treasure, he’ll turn them into ashes with a simple blow.
In fact, he is just a hot-tempered patient who is troubled by stomach problems and wanting Liquid antacids more than anything.

Besides the triple food expenses, this ferocious beast is the best goalkeeper that Underworld ever has.
Most of the time while playing pass and catch game with Hades, Kerberos just can’t move because each head wants to run toward different directions.

According to the ancient fairytale, an unicorn named Charlie who lives at the end of the rainbow. Whenever the virgins call upon him, he’ll shows up with his pale figure and the glowing horn.
However, due to the decreasing of the pure girls these days, Charlie surely becomes a chubby and self-pity homebody.

ATTENTION
—
＊The pictures are only for references, please take the actual products as the standard merchandises＊
＊Due to the mass produce progress, any bleeding painting, parting line or slightly scratch will be seen as natural condition and will not be able to refund＊
＊Milk Company Toys has the legal right to make any decision, approval and denial＊